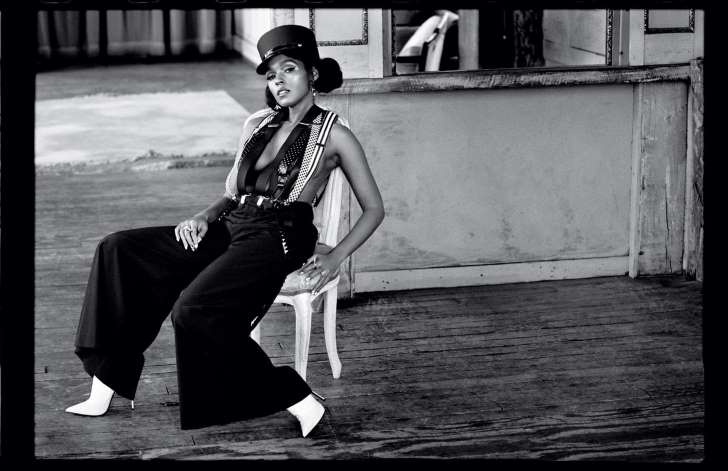 Janelle Monáe is crying in her spacesuit. It's early April in Atlanta, and she's in one of the basement studios of her Wondaland Records headquarters, surrounded by computermonitors and TV screens, one of them running a screensaver that displays images of her heroes: Prince, Martin Luther King Jr., Pam Grier, Tina Turner, Lupita Nyong'o, David Bowie. She's about to reveal, for the first time, something the world has long guessed, something her closest friends and family already know, something she's long been loath to say in public. As she sings on a song from her new album, Dirty Computer, "Let the rumors be true." Janelle Monáe is not, she finally admits, the immaculate android, the "alien from outer space/The cybergirl without a face" she's claimed to be over a decade's worth of albums, videos, concerts and even interviews – she is, instead, a flawed, messy, flesh-and-blood 32-year-old human being.